What is the projected growth of India’s electricity requirements in the next 20 years, i.e. until 2035? In 2012, the country generated 1,050 TWh of grid power. The government now wants to set in motion a process of accelerated industrialization to provide much-needed jobs, sustain growth and drive development. This will raise energy demand. To date, there are few reliable projections on future demand. So here are our own calculations.

In 2012, India’s power consumption made up around 5% of global consumption and India had just overtaken Japan to become the world’s fourth largest electricity consumer. However, on a per capita basis, India was still far below the global average with only 875 kWh per head (at a population of 1.2 billion). Compare that to the 11,900 kWh for the average US citizen, the 6,600 of the average German citizen or even the global average of around 3,000. Since both India’s population and the per capita electricity consumption will increase, there will be significant growth in the country’s energy needs – but by how much?

There are different approaches to making such a projection. One way, favored by the now defunct Planning Commission of India, was to look at an expected (or desired) economic growth rate and then look at the electricity elasticity of GDP (refer). The idea behind this approach was that the composition of the Indian economy is unusual in that it is led by a fast-growing service sector (e.g. IT), which needs far less electricity per unit of output than industry. As a result, India could grow more with less power.

However, there is now a wide consensus that India’s growth path will need to be more aligned with traditional paths, such as that of China, i.e. driven by a power hungry industrial sectors. The service sector in India has never been able to create nearly enough jobs for India. There are, in total, around 3 million people employed in India’s IT and BPO industries today (refer), while 13 million new young Indians enter the labor force every year.

The question is: how relevant is the past data for the future? It was roughly in line with India’s GDP growth trend of around 7% for the past 20 years. In the future this relationship can change: there will be efficiency gains in electricity use (e.g. in factories or households), electricity generation (e.g. through super critical thermal power plants) and energy transmission (down from average national losses of 25%). At the same time, if industrial growth picks up, we might see more power intensive manufacturing, pulling people from agriculture into factories. Also, there might be deeper electrification and fuel replacement from petrol to electricity, if electric vehicles take off in the next 20 years.

And let’s not forget that there is a latent, unmet power demand. On the grid, many consumers face power cuts, often lasting several hours a day. The demand-supply gap is at least 10%. Off the grid, there are up to 400 million Indians in 20,000 villages – a third of the population – who don’t have access to grid power. Therefore, improving the quality of power and providing power access, will in itself require power supply to jump by at least 20%.

A third, very rough, approach would be to indeed look at China and compare. In 2012, China generated 4,768 TWh of power (#1 in the world) for its 1.35 billion people. That is more than 3,500 kWh per capita. To get to this level, its annual power generation has grown by over 10% per year for the last 20 years. India, under the Modi government, with its central “Make in India” campaign, seems set to replicate the Chinese model of growth. If India were to provide its citizens (by then 1.5 billion) with the same amount of power by 2035 that China generates today, it would need to increase its energy generation to 5,250 TWh per year. That would require an annual growth rate of 7.3%.

A lot, of course, will depend on India’s actual growth rates and infrastructure development. There can be two scenarios: one, in which India grows as it needs to and one, in which it does not. 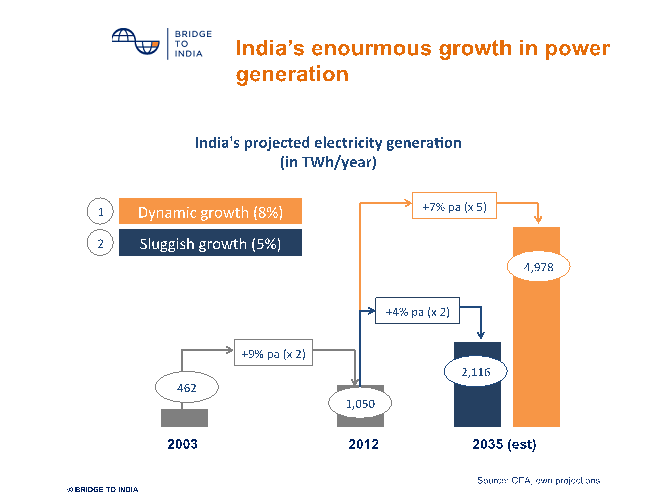 Scenario 1 (“Sluggish Growth”): growth is disappointing at around 5% p.a., no “industrial revolution”, problems of energy access and quality of power remain unresolved. In that case, growth in power generation could be around 4% p.a. These were the expectations of some observers in the early 2000’s (refer). Total electricity generation in 2035 would then still more than double to 2,600 TWh.

Scenario 2 (“Dynamic Growth”): High growth of 8%+ p.a. with industrialization, better quality of power (closing demand to supply gap), better energy access. In such a scenario, we expect power generation to have to grow by around 7% every year. By 2035, India would then need to generate almost 5,000 kWh of power per year – more than China generates today and five times India’s current power generation. At that amount, India would in 2035 be near to the current global, per capita average of around 3,000 kWh.

Let’s be optimistic about India’s future and go with a 7% growth projection.

Tobias Engelmeier is the Founder and Director of BRIDGE TO INDIA 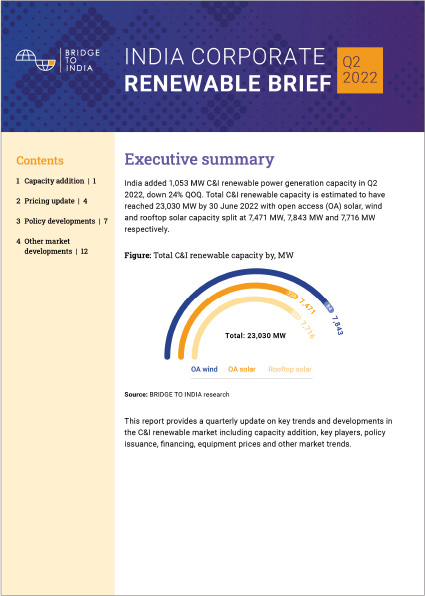 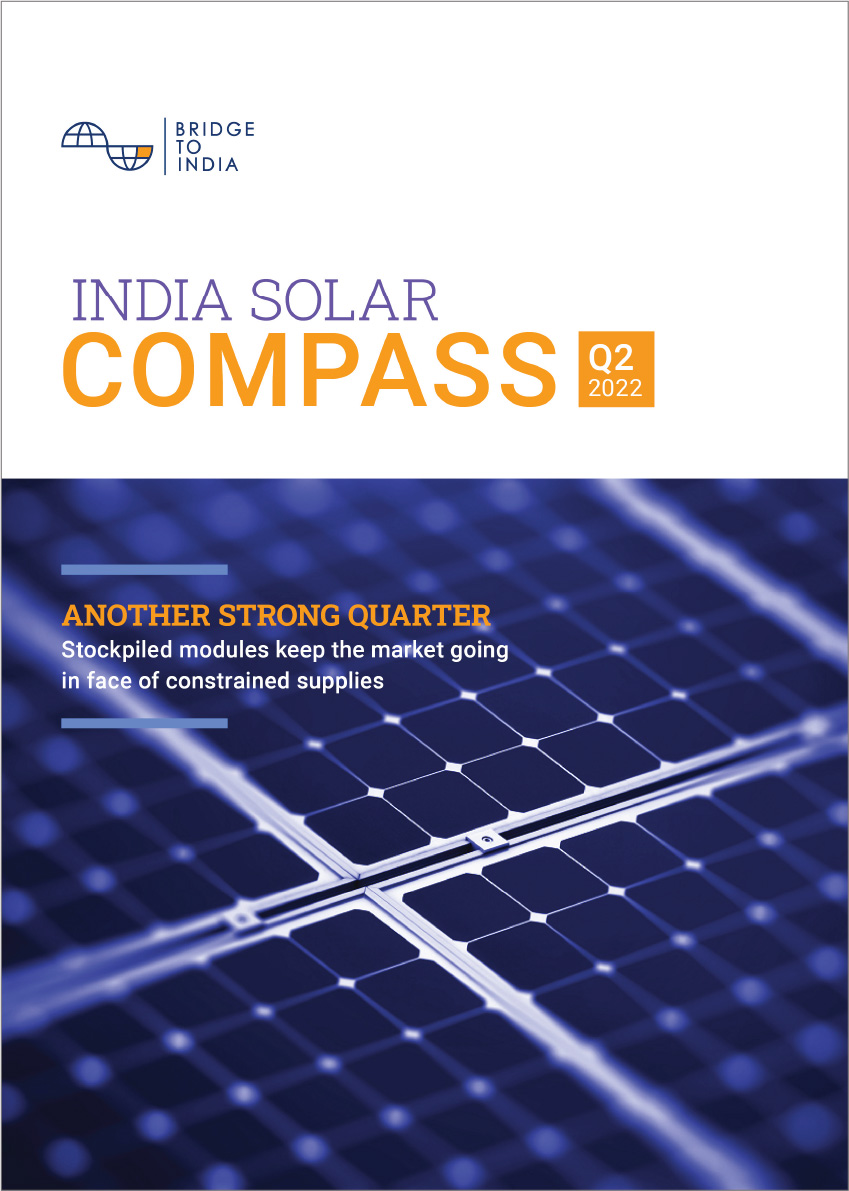 This report provides a detailed update of all key sector developments and trends in the quarter – capacity addition, leading players, tenders and po...

This report provides a detailed update of all key sector developments and trends in the quarter – capacity addition, leading players, tenders and po 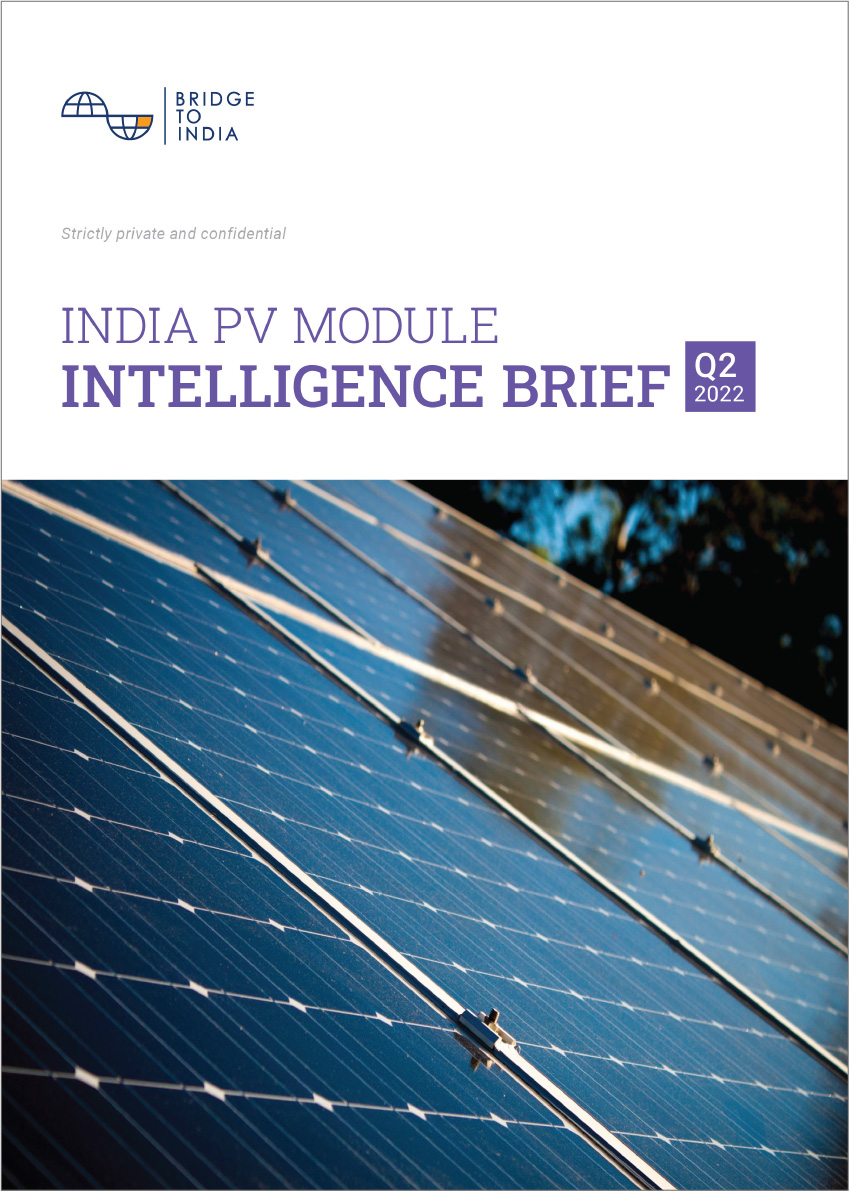 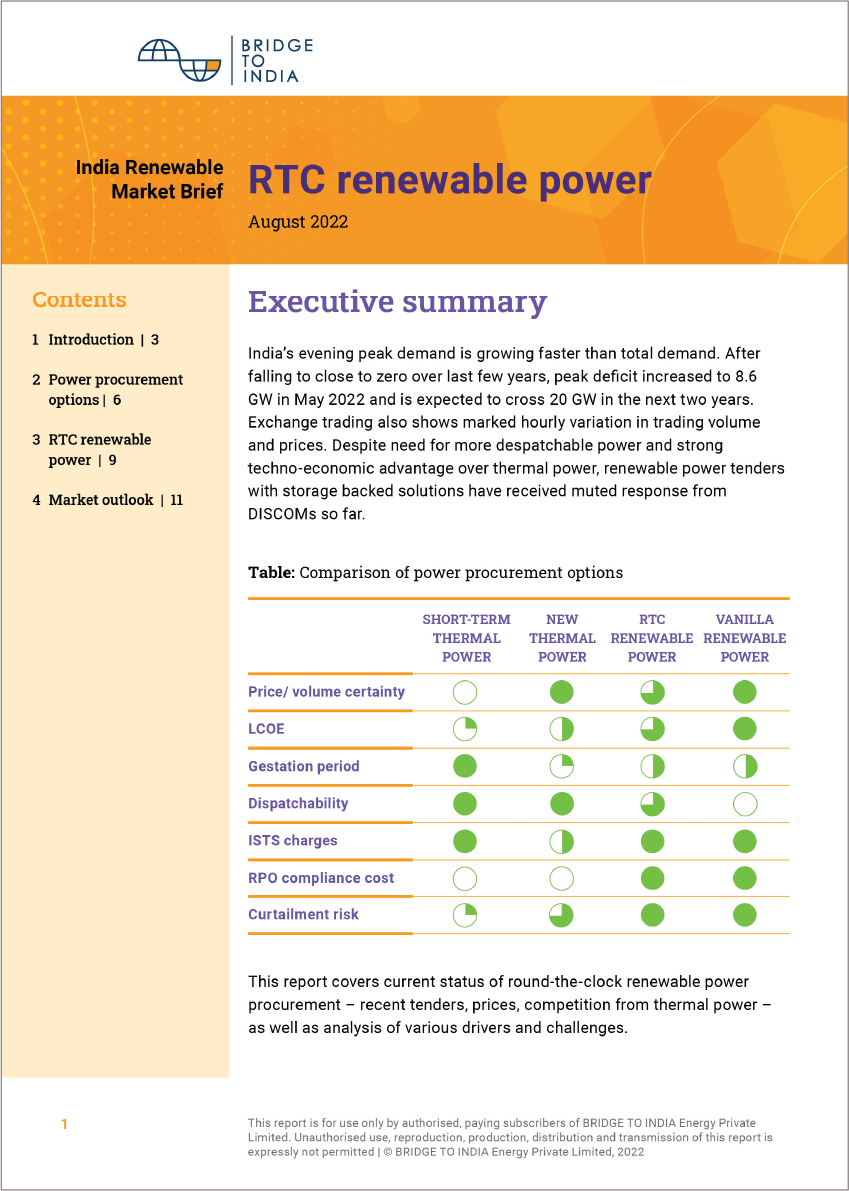 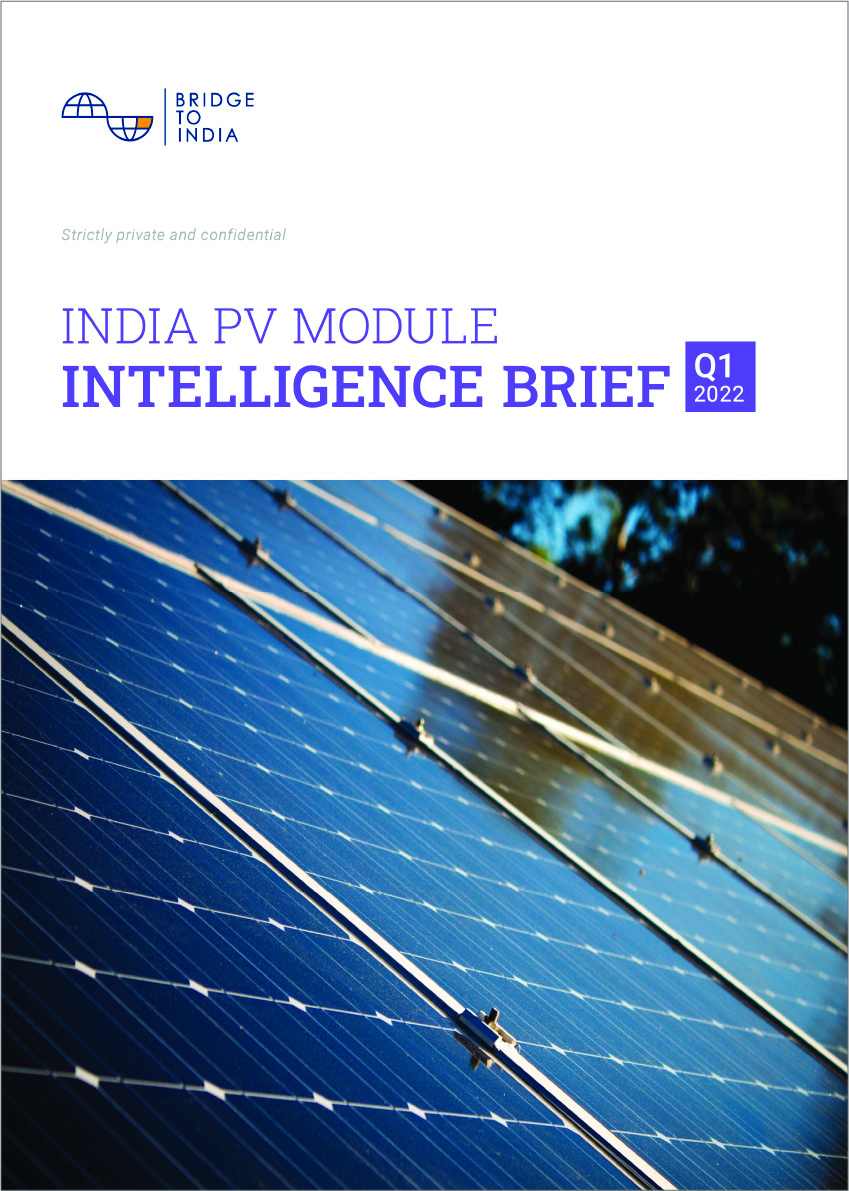 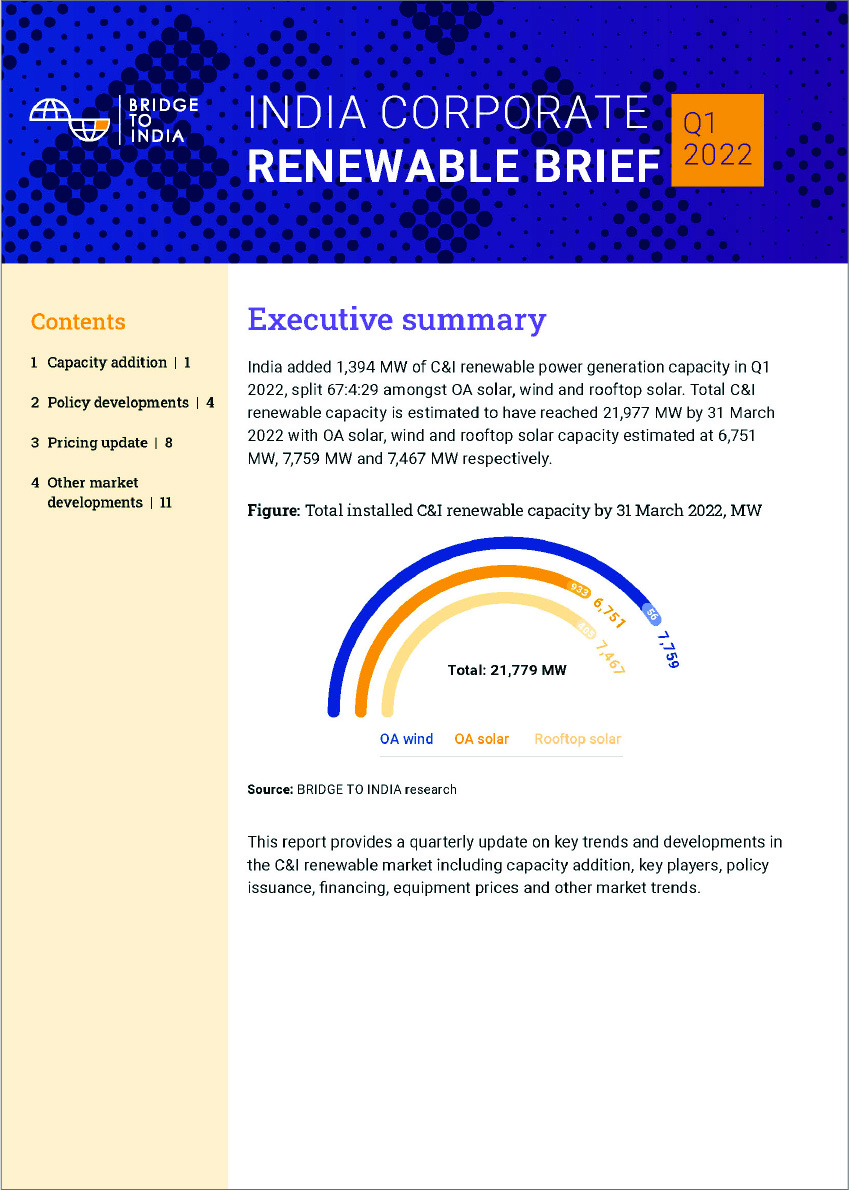 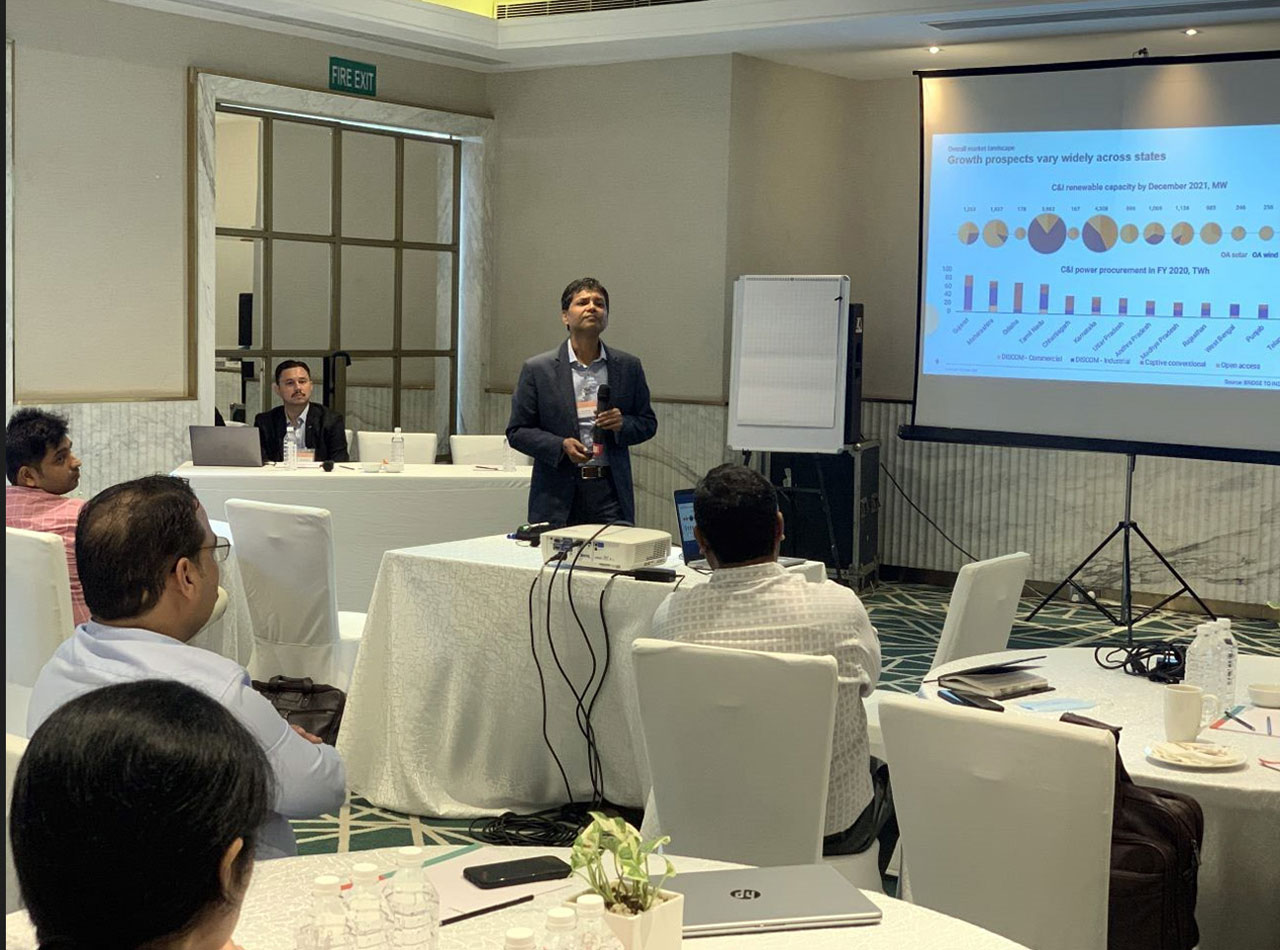 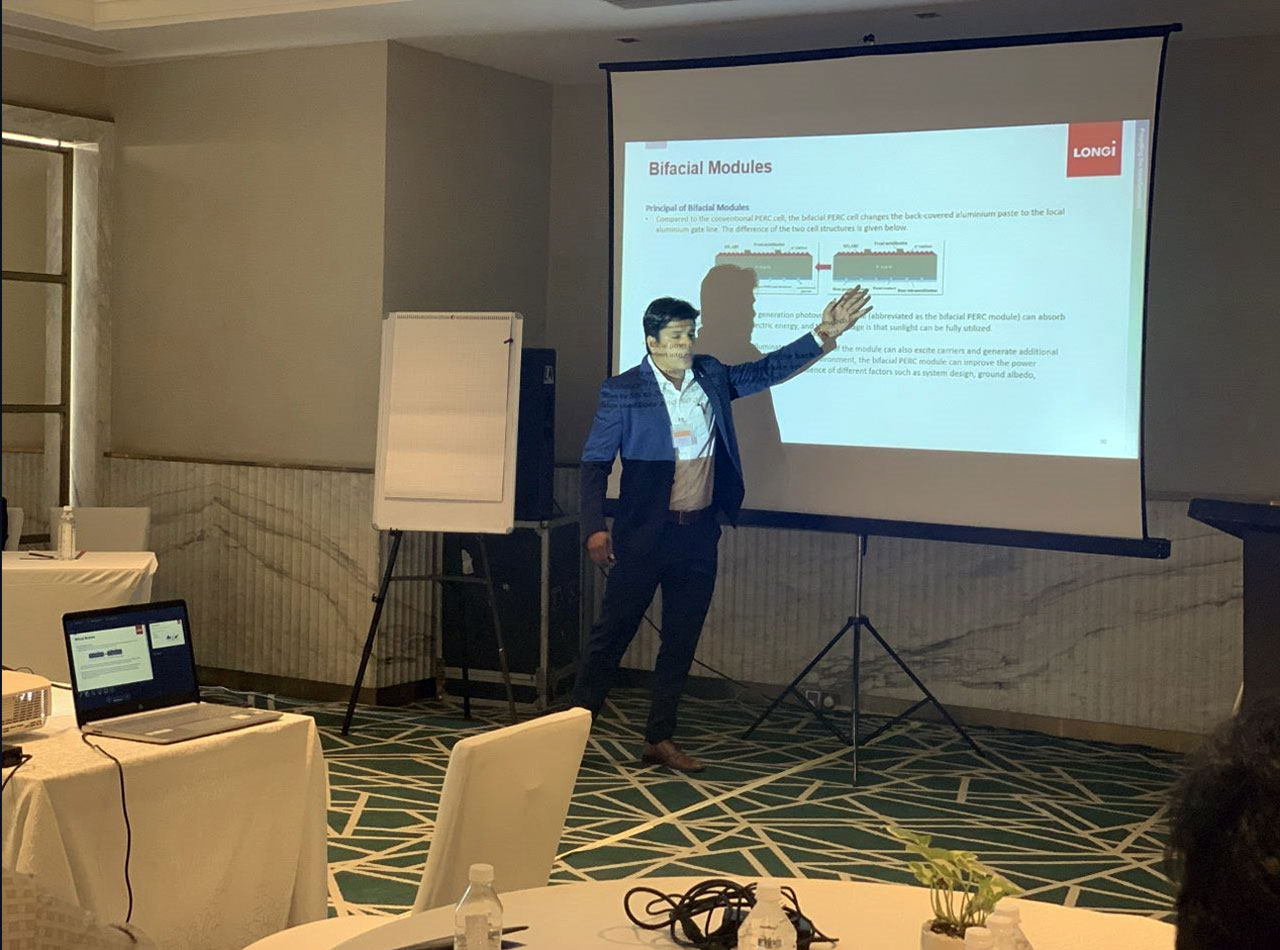 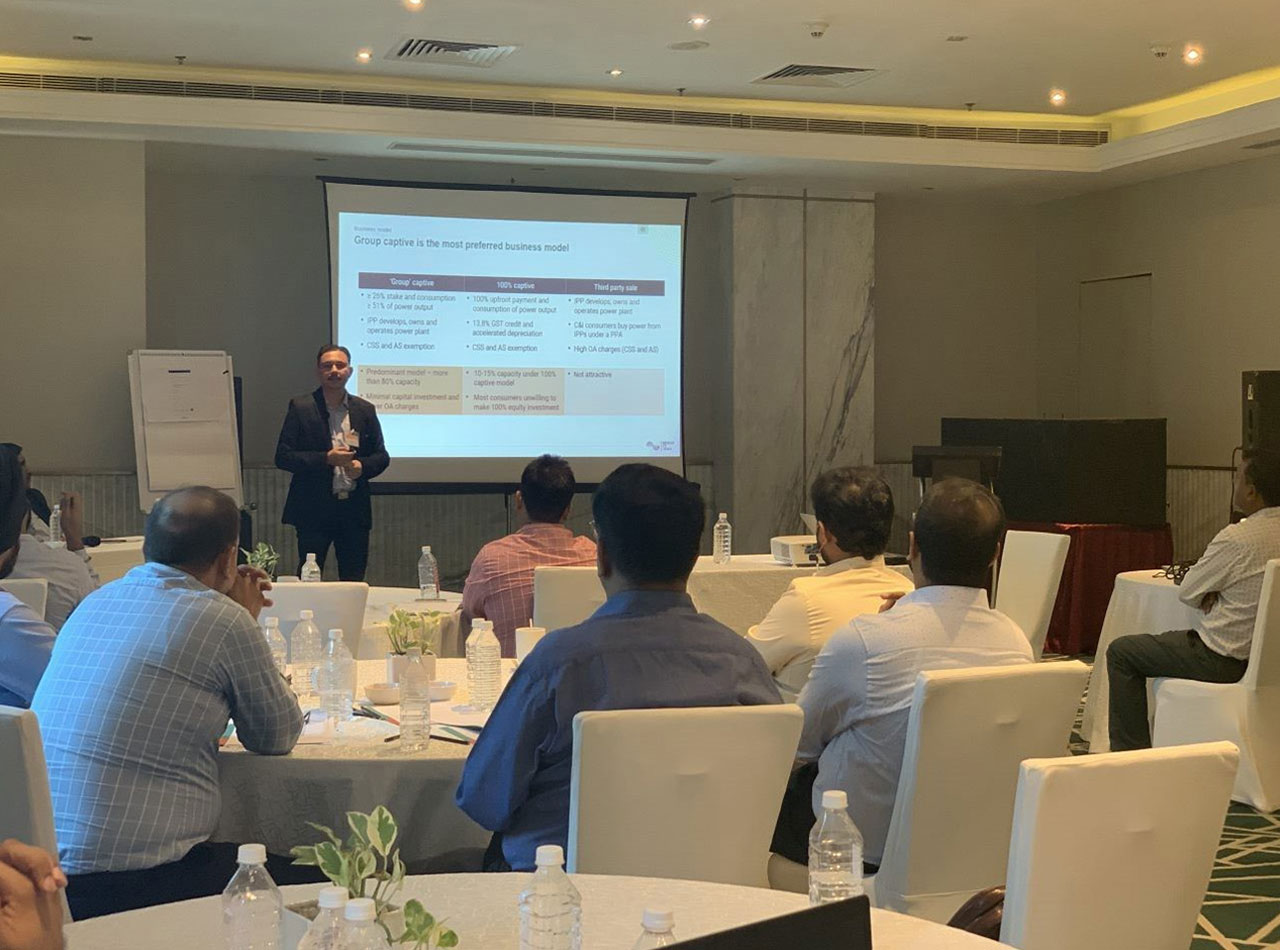 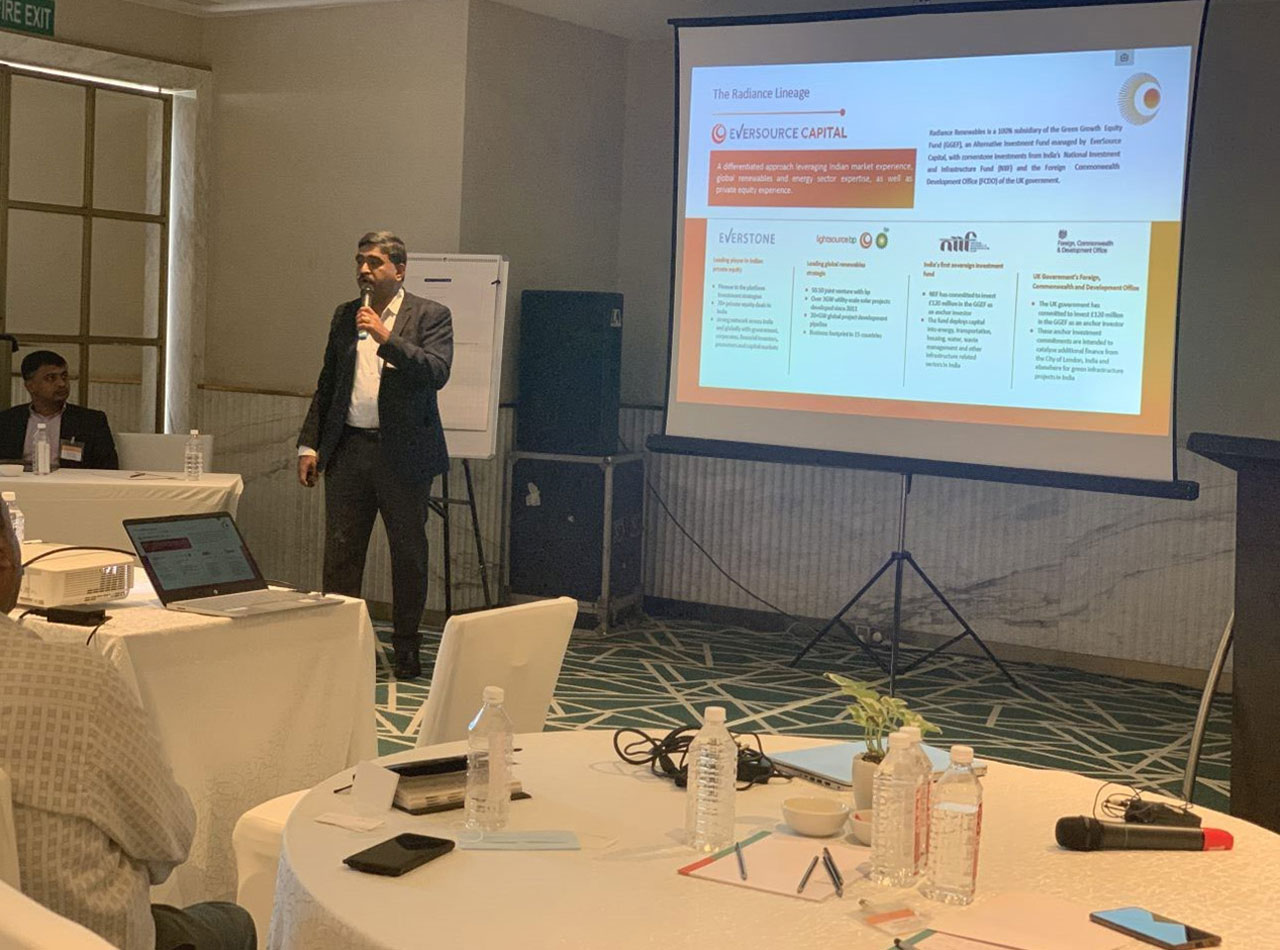 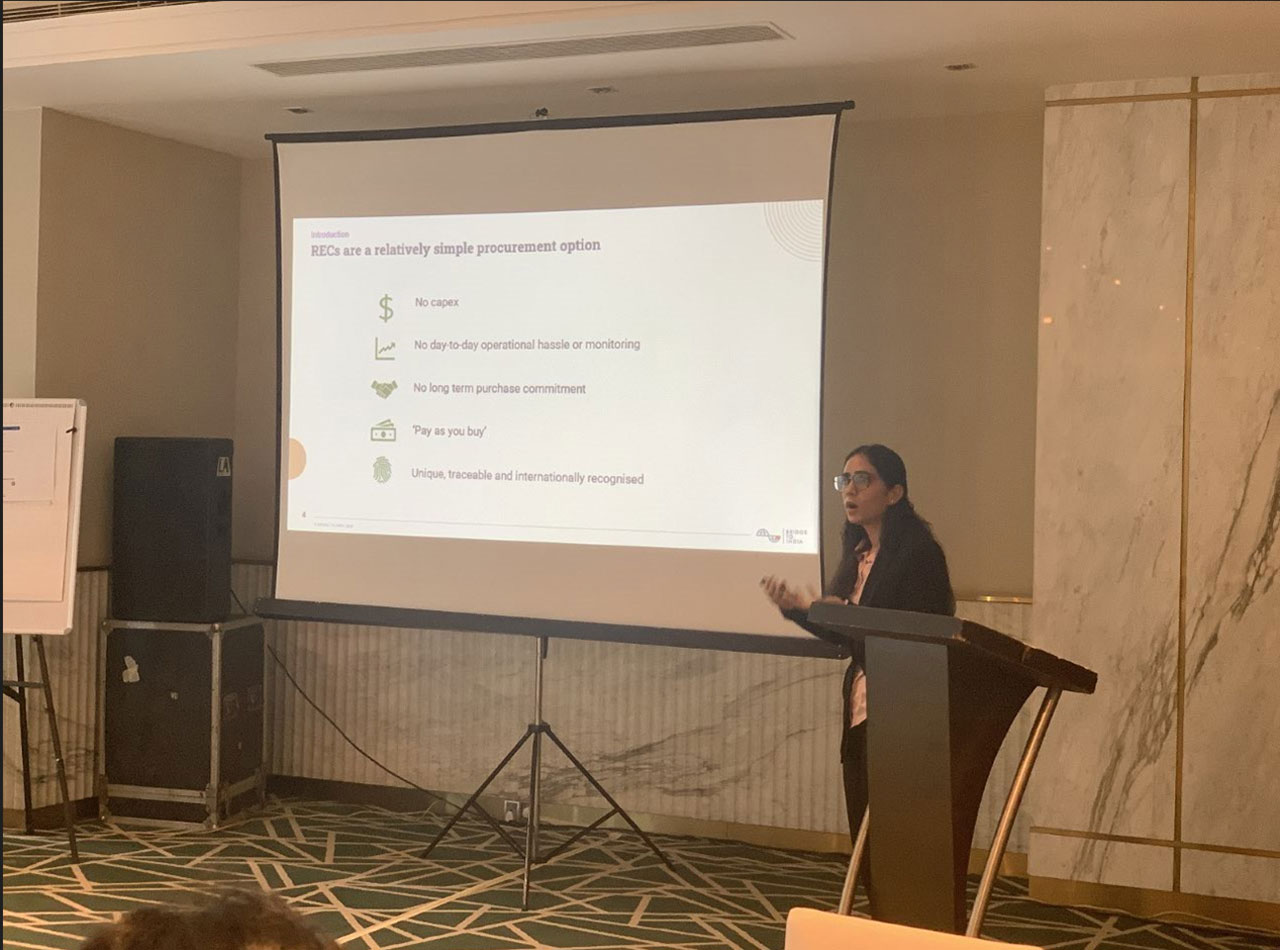 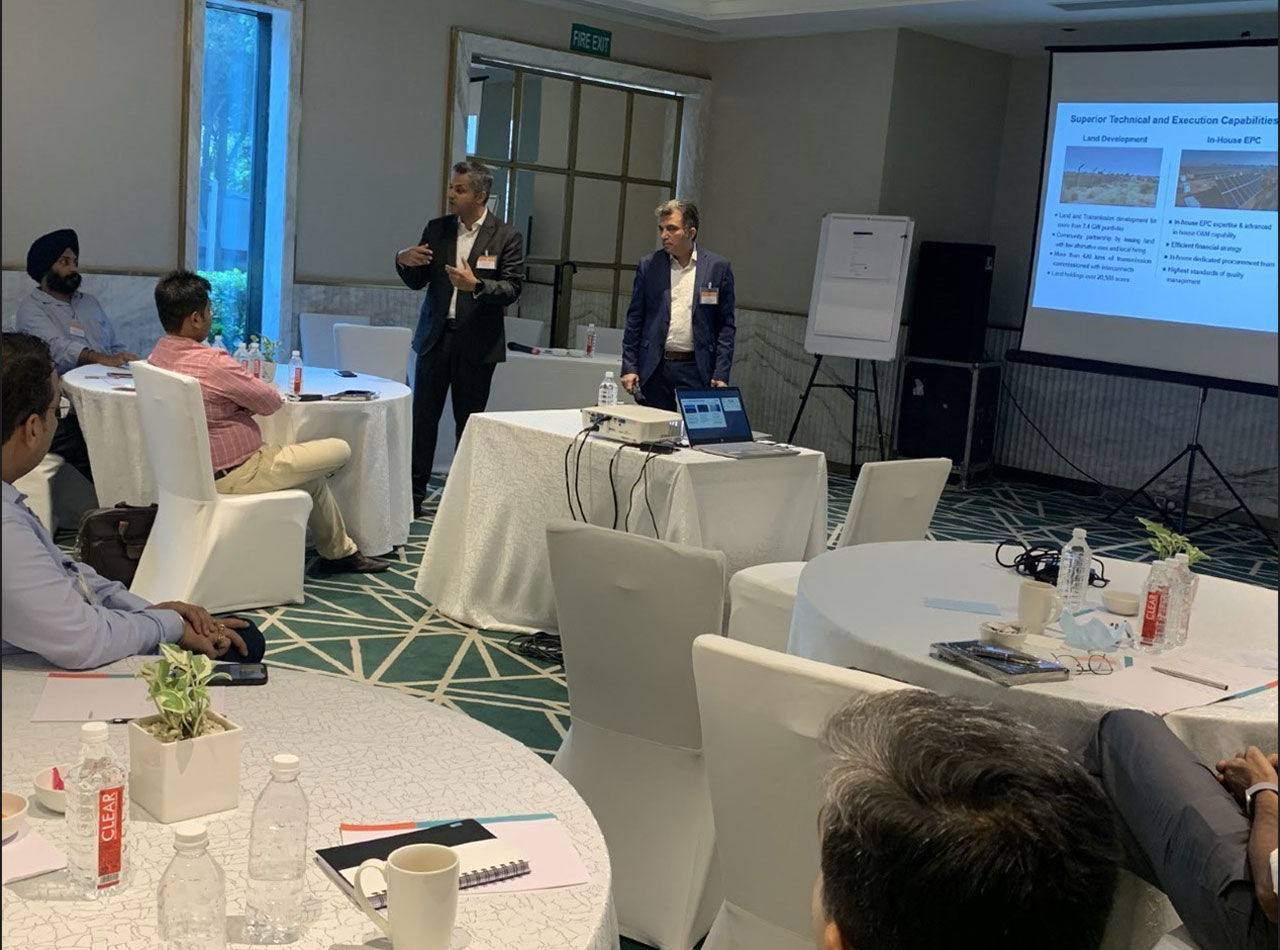 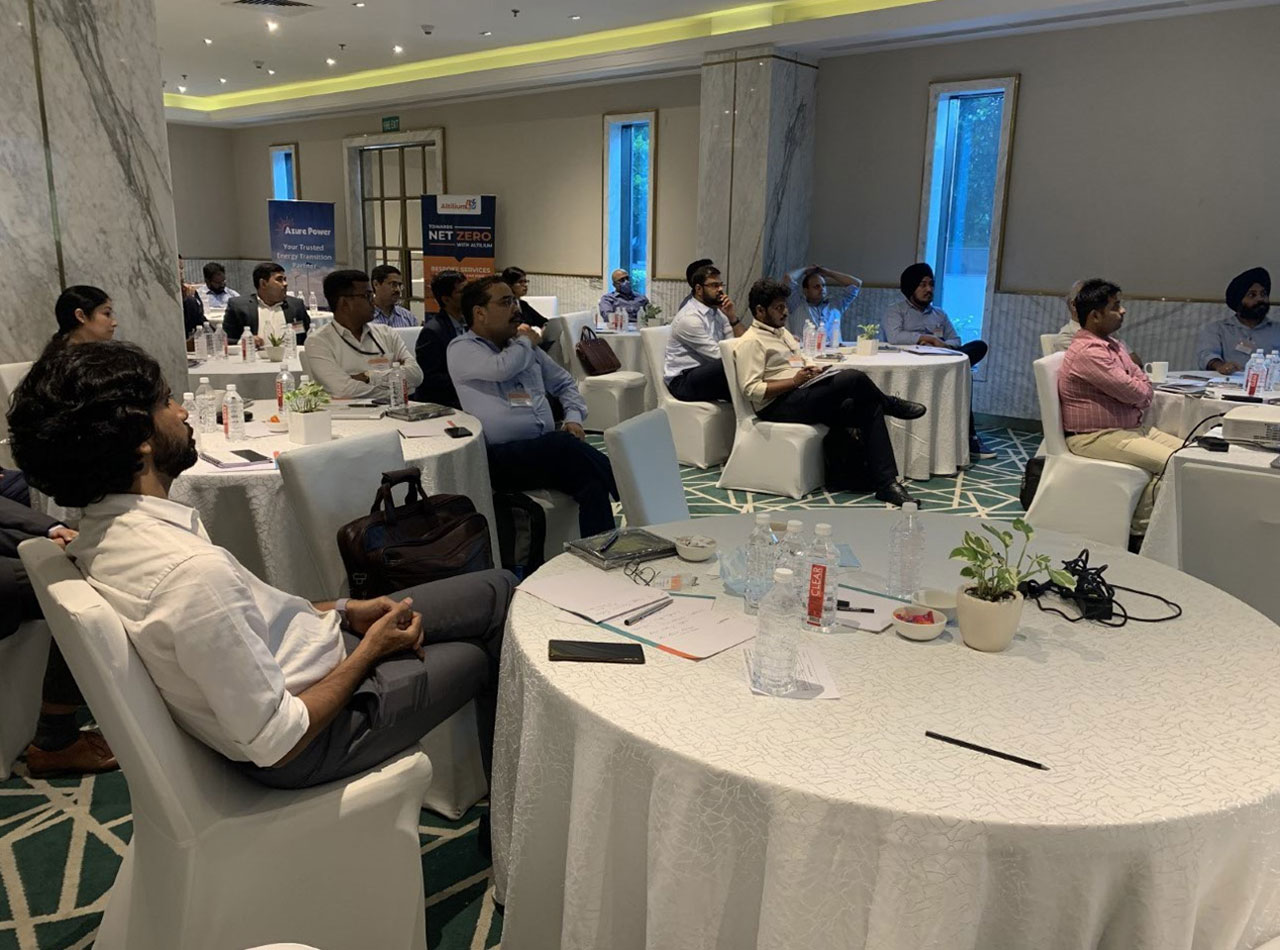 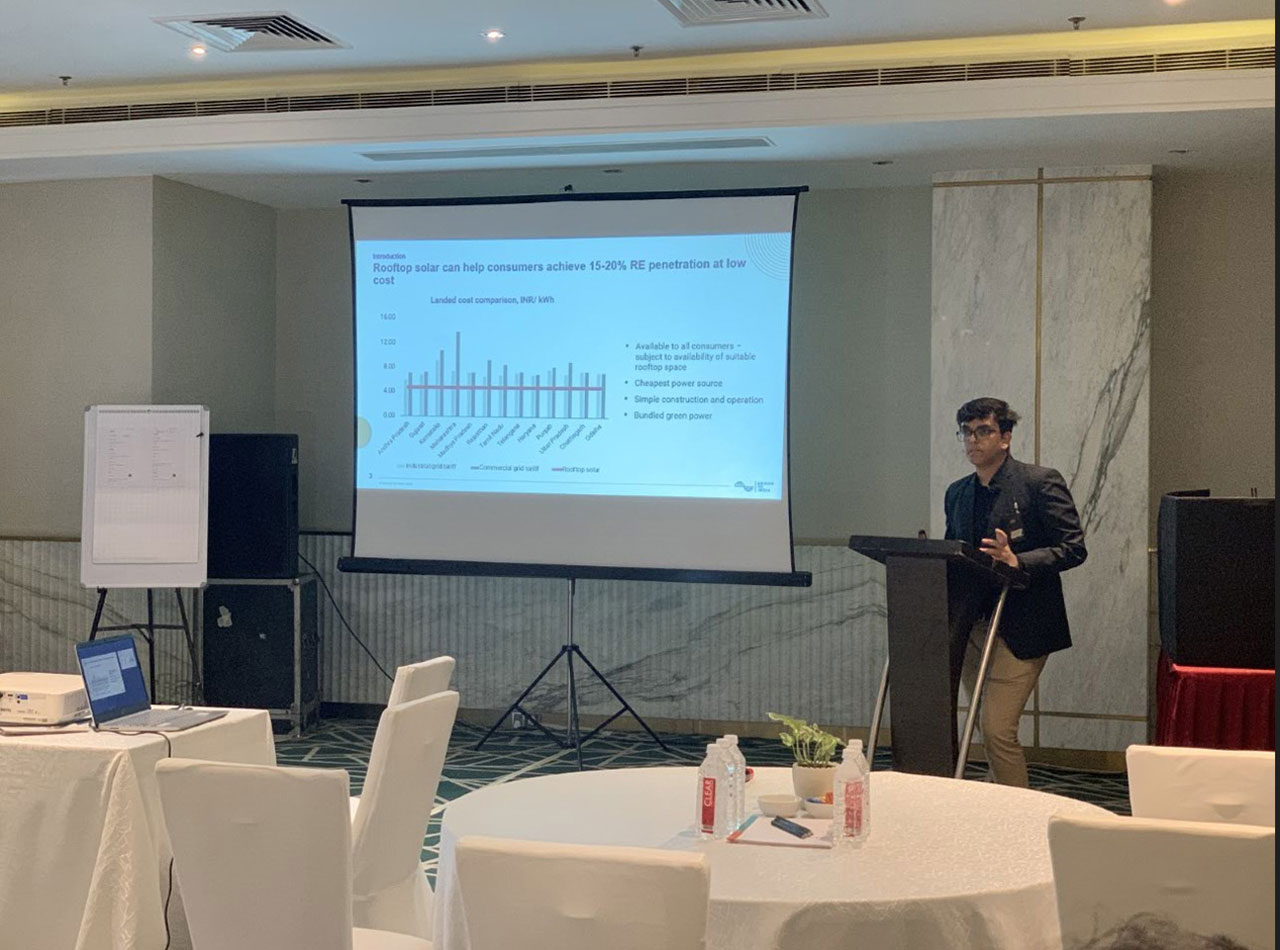 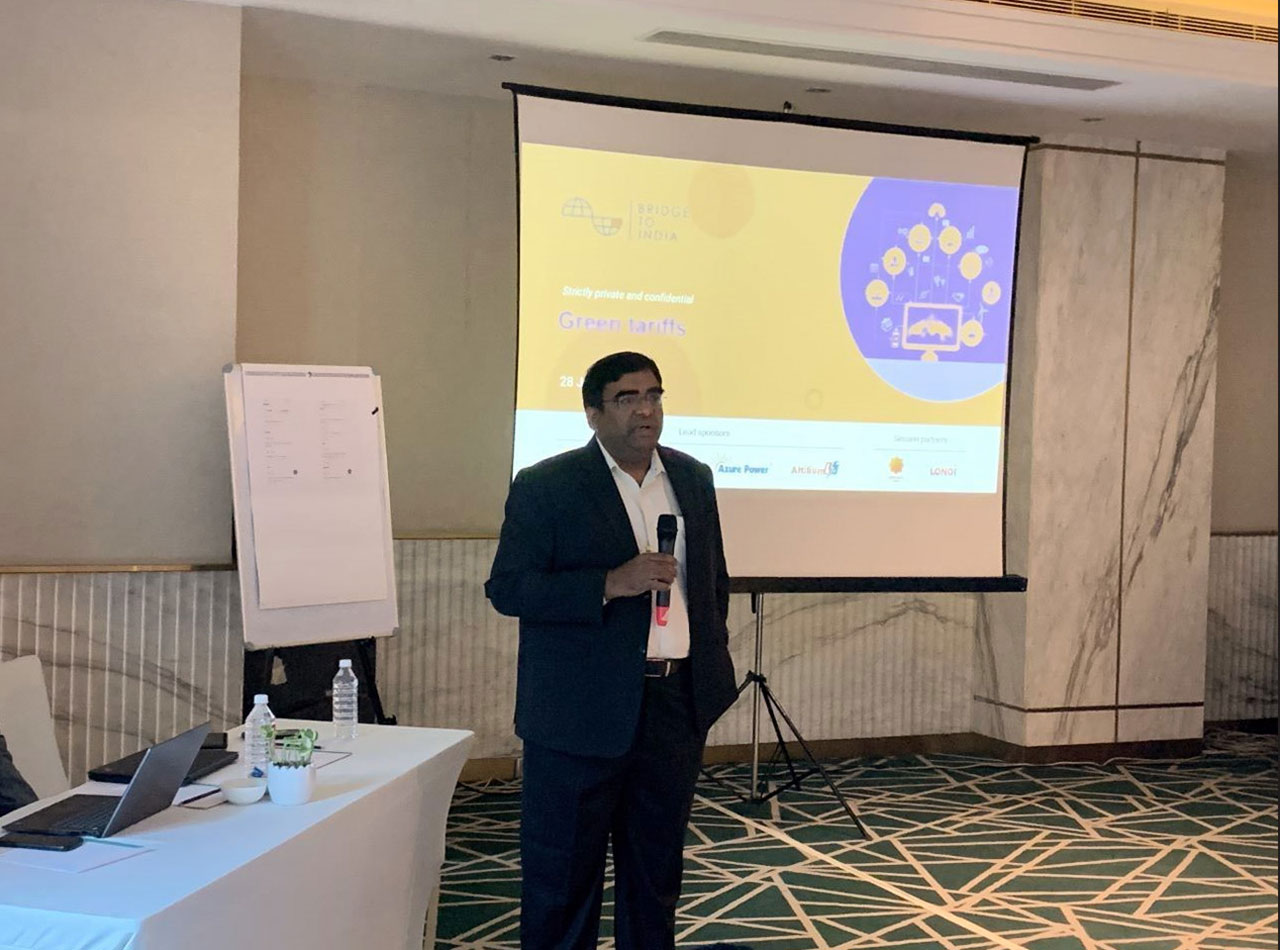