India is on the verge of a distributed solar PV boom. The total distributed solar capacity in India today stands at only 160 MW. However, BRIDGE TO INDIA predicts that this could reach 2.9 GW by 2018. That’s an 18-fold increase! Is the distribution grid prepared for such a rapid increase?

The solar boom in many countries, like Germany, Japan or the US, was led by distributed solar PV installations. In India though, the focus has been on utility-scale solar. The National Solar Mission (NSM) and various state solar policies first emphasized utility scale projects. Only now are states and the center promoting distributed (rooftop) solar PV generation. While larger plants can quickly help bridge India’s energy deficit, distributed solar add a sustainable and potentially large solar market. India can leapfrog and learn about how to implement distributed PV on the grid from the pioneer countries.

BRIDGE TO INDIA carried out a collaborative research project with the National Center for Photovoltaic Research and Education (NCPRE) based in I.I.T. Bombay, Prayas Energy Group and the University of California, Berkeley (download the report here). The aim of this research project was to understand, if the Indian grid is prepared for the impending distributed energy boom. If yes, then what are the ‘safe’ levels of PV that might be injected into the grid making necessary major upgrades in the grid (such as balancing or spinning reserves, or the technical parameters of the lines, transformers or substations). If no, then what are the specific grid upgrades that might be required. The study also looked at safety procedures in installing and operating these distributed solar systems and examined current regulations on distributed generation by the Central Electricity Authority (CEA) and compared them with international standards.

The study found that the Indian distribution grid can easily accommodate 30% solar PV without requiring major changes to the distribution grid infrastructure. We recommended that regulators and utility companies adopt a “learn-as-you-go” approach by first fixing a ‘safe’ limit of 15-30% and then incrementally increasing the amount of distributed PV. This approach will help utilities and regulators find out, by practical experience, what is best suited for the Indian grid. 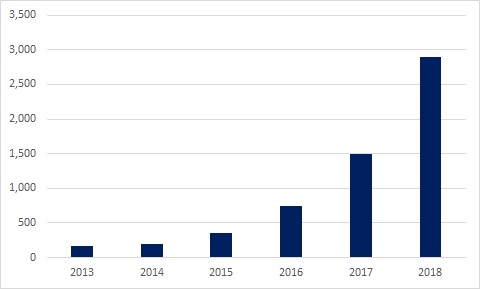 Distributed PV can also bring specific benefits to the grid.

1)     Because of the presence of high quality inverters on the tail-end of the distribution grid, studies indicate that the electrical parameters (frequency, voltage, harmonic, etc.) can actually be improved.

2)     Line losses can be decreased, because the point of generation is located close to the point of consumption

3)     The inverters available in the market also have in-built advanced control functions, which helps stabilize the grid in the event of a fault

Akhilesh Mangal is a Consultant at BRIDGE TO INDIA

The survey provides a sector-wide glimpse into the minds of renewable power leaders on industry outlook, capacity addition over the next 5 years, oper...

The survey provides a sector-wide glimpse into the minds of renewable power leaders on industry outlook, capacity addition over the next 5 years, oper