The Indian government is planning to amend the Electricity Act 2003 in a fundamental power sector reform. The goal is to break the monopoly of power distribution companies on the end consumer and allow for more effective competition in the last-mile delivery and sale of power (refer). 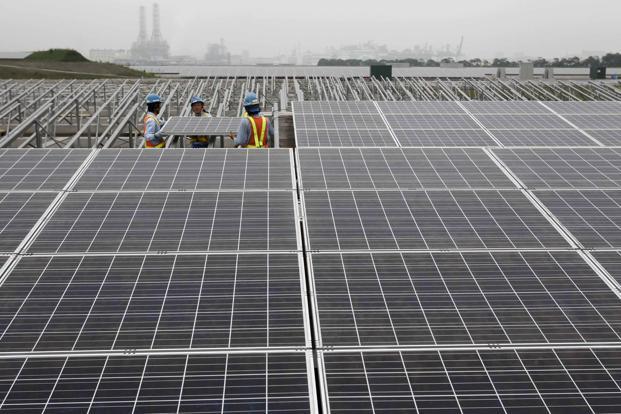 Currently, the company that owns the last-mile distribution network (usually a state discom), is also responsible for the sale of power to the end customer. The amendment is likely to ‘unbundle’ these two activities. This move could revolutionise the highly politicised and deeply troubled Indian power market, with potentially incisive implications on power pricing (and cross-subsidies) and power quality. It could ultimately move power pricing out of the orbit of political populism and towards a more healthy economy. This in itself would be great news.

Within the context of solar, any changes in the tariff structure would impact first the attractiveness of solar as an alternative power source for end consumers (socket parity) and later the attractiveness of solar to discoms. It will also impact regulatory provisions on grid-connectivity and net-metering. It might still be too early to analyse these impacts in detail without having more clarity on the nature of the proposed changes. However, in the long run, BRIDGE TO INDIA believes that such a fundamental power sector reform would be very beneficial for the solar power business. Based on our conversations with regulators and political decision makers, we get the impression that the different policy and reform initiatives, including the proposed reform of the Electricity Act, are for once synced and part of a larger game plan to create a functioning power market with a significant share of renewables.

However, reforming the Indian power sector will not be easy. There are many and complex existing interests in the power sector that will get hurt by these changes. The industry is also notoriously slow and risk averse. India’s complex federal structure, wherein states will have a say in many electricity related matters will make reforms difficult, especially since the current government does not have a majority in the upper house of parliament, the Rajya Sabha. Protests against the proposed amendments are already planned for today (December 8th 2014) (refer link 1 and link 2).

While the proposed amendment of the Electricity Act would have an impact on the viability of solar, the government is simultaneously planning directly targeted measures to quickly grow solar. These include increasing renewable purchase obligations (RPOs) for solar from 3% to 10.5% of India’s electricity mix. This will be coupled with a more robust implementation mechanism and stricter penalties for non-compliance (refer). Apart from RPOs, the government will also mandate a 10% renewable generation obligation (RGOs) for new conventional power projects.

Apart from the significant rise in the amount of solar power required to meet these new obligations, the measures will also change the landscape for solar project development in the country. Larger power sector companies such as NTPC, Reliance Power, Tata Power, Adani Power, GVK, Essar Energy and Jindal Steel and Power will be drawn into solar project development and their portfolios will not necessarily be limited to their own RGO requirements. Alternatively, existing, smaller renewable IPPs have new opportunities to offer their products (solar power) and services (project development) to the large power players. International companies and investors with larger power sector ambitions and a solar expertise might finally be induced to enter the Indian market. Given the expected growth in the market, all players will need to quickly evolve fund-raising capabilities to gain from this transition.