Indians still only emit less than 40% of the Chinese on a per capita basis and hundreds of millions don’t have access to grid electricity. So the case against emissions targets remains strong, but India needs to avoid being isolated and portrayed as the villain who prevents global consensus and progress. For my previous analysis of the changing international landscape, read part 1. 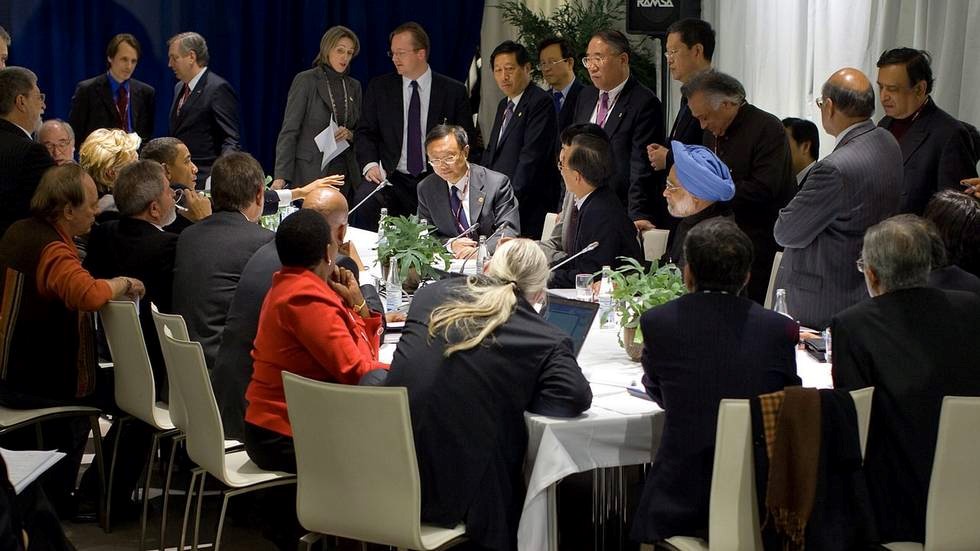 India needs to industrialize on a large scale to provide opportunities for employment and advancement to its hundreds of millions of young. In order to industrialize, India will require vast amounts of energy, and a large part of this energy will come from fossil fuels. Thus India’s absolute carbon emissions will necessarily rise, in the same way that China’s have done (and continue to do). However, it would be wrong to model India’s future on China’s past. China’s industrialization sped up in the 1990s and experienced its growth hump at around 2007.

India’s hump could be in around 2030. Thus, India would industrialize in an entirely different technological era. Renewables have become much, much cheaper and fossil fuels more expensive. Cars, factories or household appliances have become much more efficient. A lot of progress has been made in managing smart grids and changing consumer behavior and products. In short: the toolkit for sustainable economic development has become very impressive. India should use it to leapfrog. It might thus avoid the enormous, highly disruptive and costly environmental pollution that China experiences.

Carbon emissions are not a zero-sum game

Climate action can promote, rather than prevent prosperity. For one, it costs less than we think. The recent Intergovernmental Panel on Climate Change report has shown that virtually decarbonizing the entire global economy by the end of the century costs a mere 0.06 per cent of global GDP a year (refer), which, as Paul Krugman has noted, is a “rounding error” (refer). More importantly, certain measures will generate significant net economic value. The US Environmental Protection Agency has estimated that the US plan to cut power emissions by 30% could produce net benefits to the US economy of up to $80 billion. A stronger cut would have produced more economic benefits, not less (refer). Most climate actions require initial, up-front investment capital, but many of them have a short payback period. A look at the McKinsey global carbon abatement curve helps (refer, see below): all the measures on the left side have a positive net economic effect. LED lighting and energy efficiency measures are low-hanging fruits. India’s PAT scheme for efficiency in industries is already a significant step in that direction. 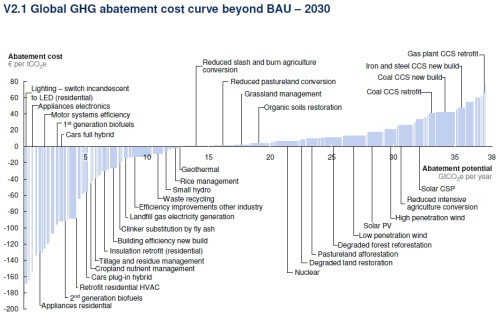 While it is understandable that India defends the right to emit as a country against other countries, given its very low per capita emissions, this argument has an important caveat: it does account for the vast inequalities within. India has a very heterogeneous economy and society. The hundred million-odd middle class, for example, leads extremely carbon intensive lifestyles, centered around cars (usually stuck in traffic), heavy cooling of inefficient buildings (often with fuming diesel gen-sets) and meat-heavy diets. At the same time, hundreds of millions of villagers’ contribution to climate change is limited to the methane produced by a handful of livestock and burning some kerosene, dung or firewood. While the wasteful-urban middle class reaches emissions levels at par with or greater than those in developed economies, it is the rural poor who suffer most from the effects of a changing climate.

India should, therefore, not be afraid to accept binding targets on carbon intensity of GDP. The country needs to improve this parameter in any case as energy is simply too expensive and difficult to procure. If the right measures are chosen, India would benefit economically. It could be a counterbalance to wasteful and shortsighted populist demands of everyday democratic politics and help set India on a more efficient and intelligent development path. In addition, it would give India more leverage to force other countries to accept truly painful carbon cuts (the right side of the abatement curve), because limiting global climate change is a matter of survival for millions of Indians. It is time to leave behind the high principles of carbon justice and focus on pragmatic win-win options. This could be part of a larger strategic shift in Indian foreign policy, away from ideals and towards crafting workable strategies that serve India’s interest.

Tobias Engelmeier is the Director and Founder at BRIDGE TO INDIA. Twitter: @TEngelmeier 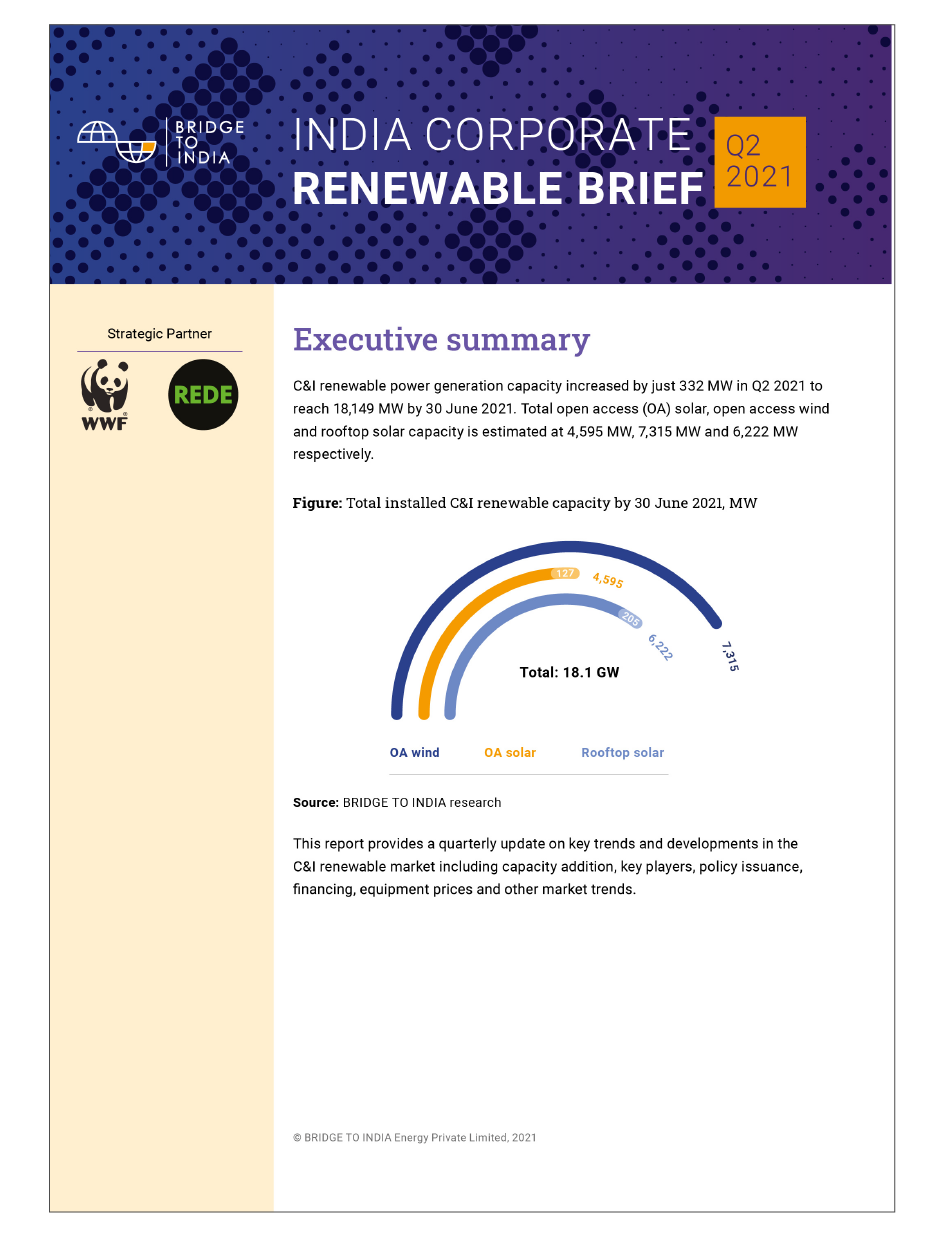 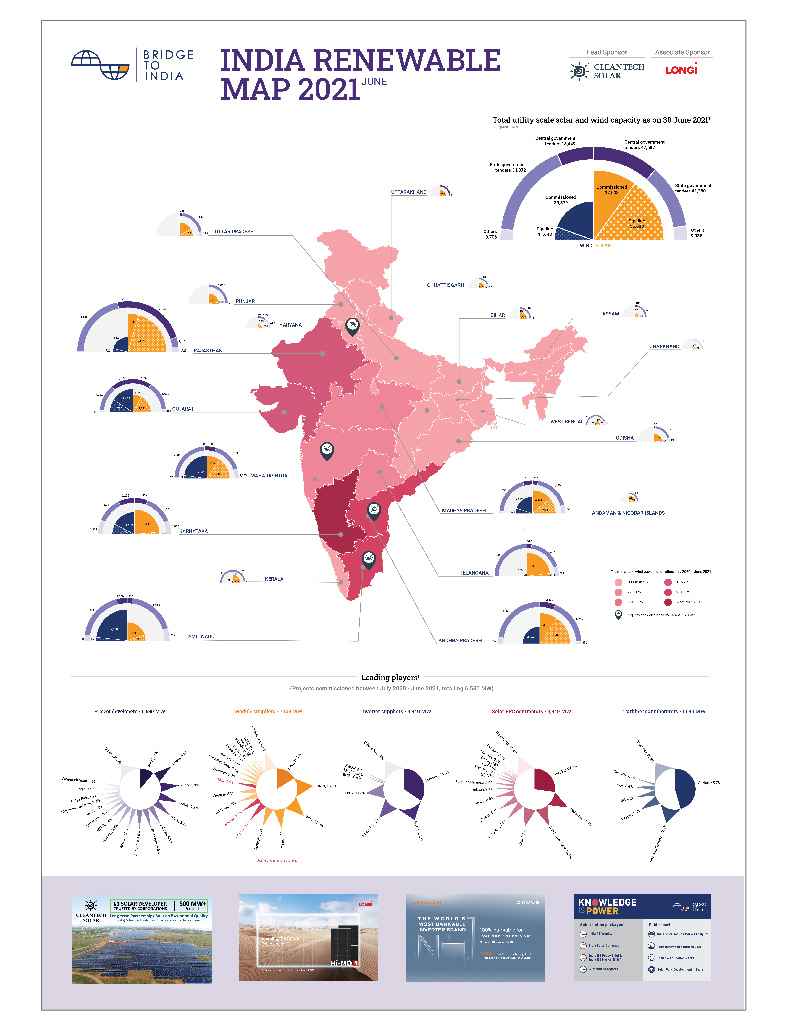 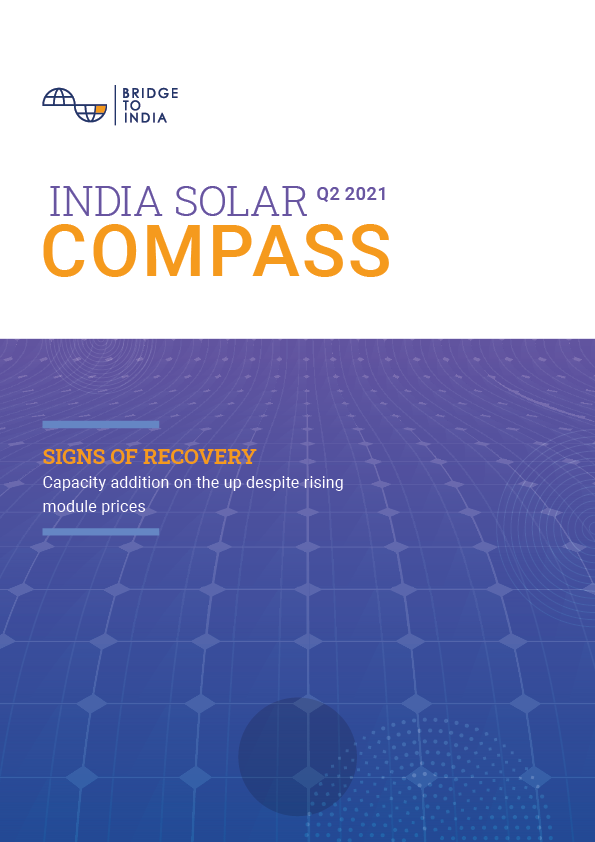 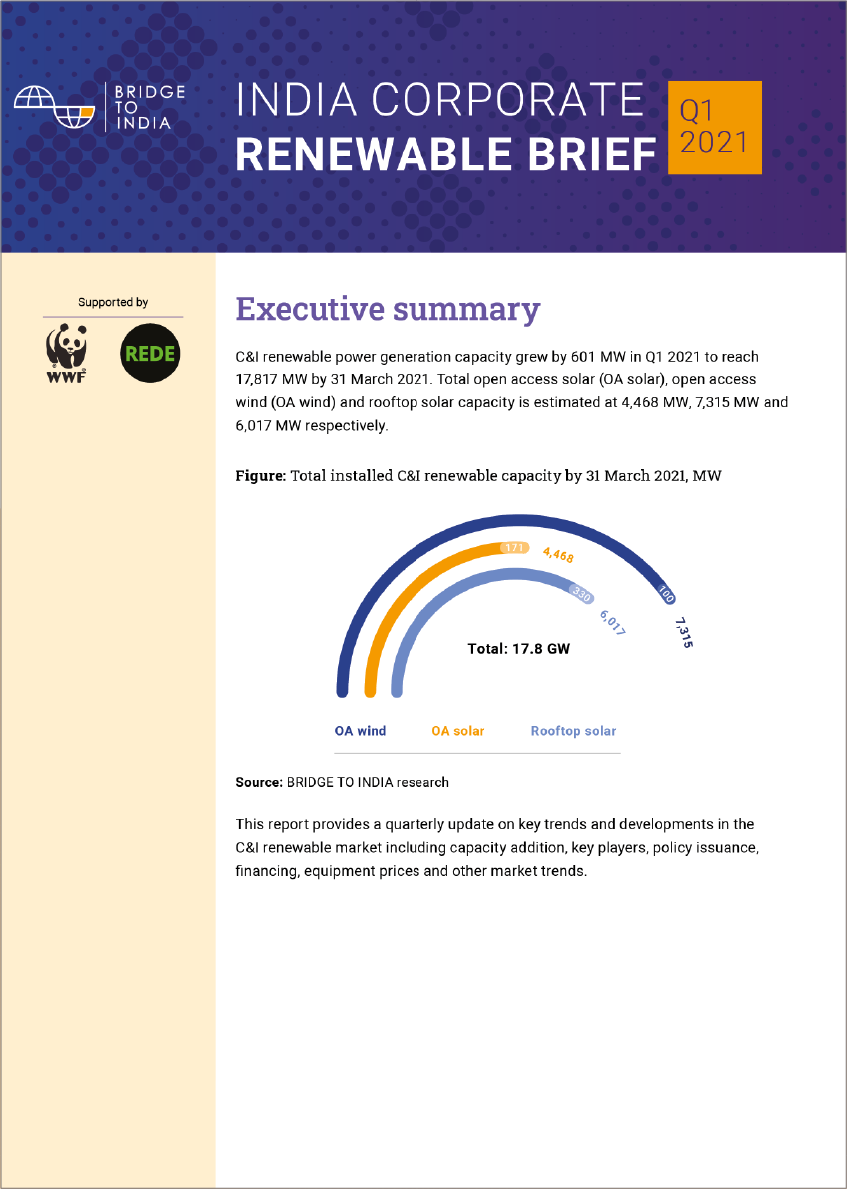 Our new quarterly report provides a detailed regular update on key trends and developments in the C&I renewable market....

Our new quarterly report provides a detailed regular update on key trends and developments in the C&I renewable market.