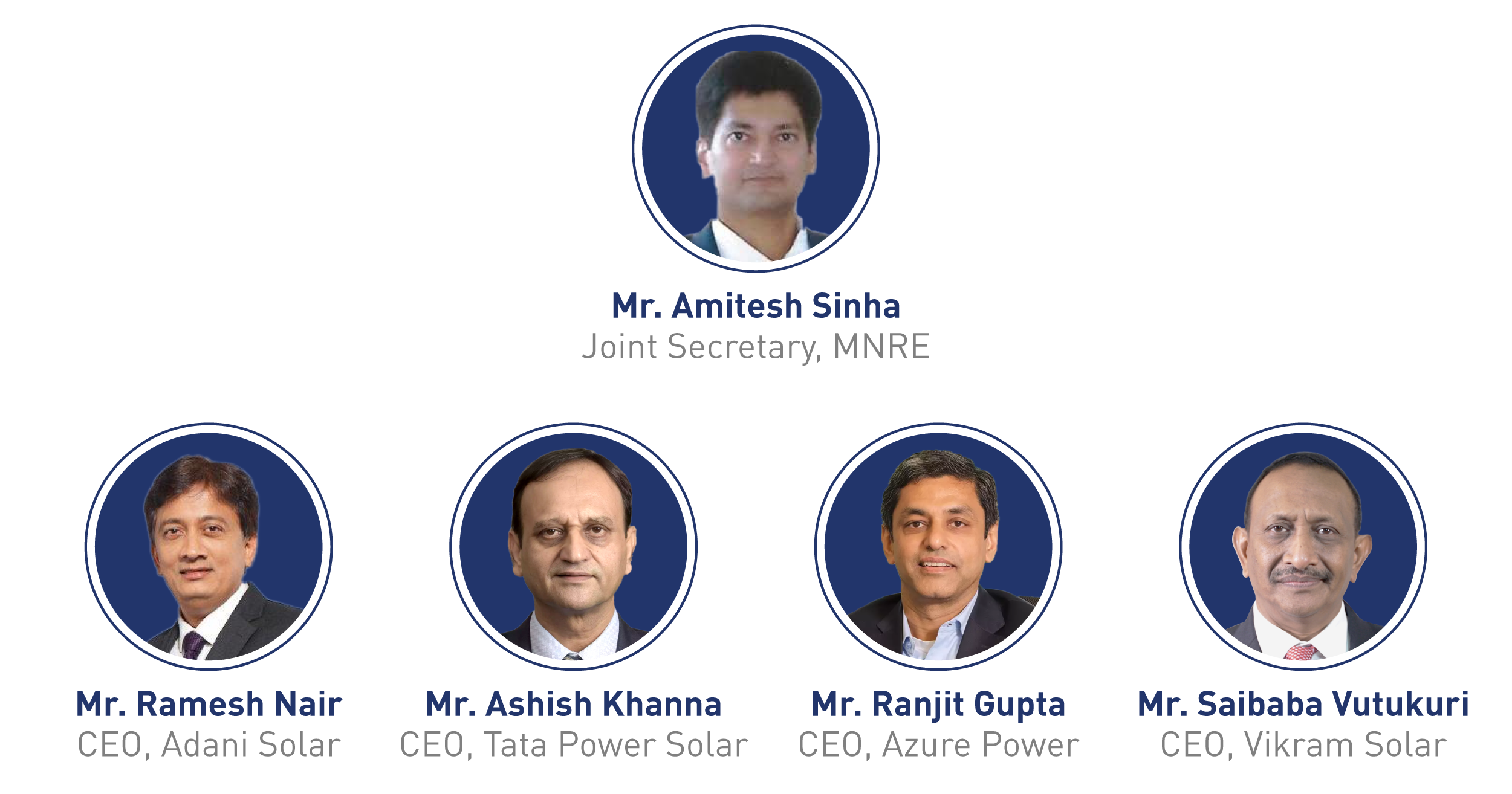 Mr. Amitesh Sinha, Joint Secretary, MNRE spoke about the importance placed by government on domestic manufacturing. He outlined various initiatives to support manufacturing – import duties, scaling up DCR programmes including the PSU and KUSUM schemes and creation of manufacturing hubs. Additionally, he stated that the BCD will be imposed with an indefinite timeline. He also reiterated the Ministry’s support for grandfathering of existing projects from new duties as well as ironing out differences between SEZ and DTA zones to support manufacturers in both areas. He also mentioned that a 7-8% export incentive to domestic manufacturers was being explored by the Ministry to boost exports. He also allayed any concerns on WTO disputes arising from imposition BCD and mentioned that procedures for rolling out BCD have been decided in consultation with the Ministry of Commerce.

Mr. Ashish Khanna, CEO, Tata Power Solar spoke about the need for a stable policy environment. He also stated that demand visibility is extremely important for domestic manufacturers. According to him, lack of backward integration is also a major hurdle in manufacturing. Therefore, the entire value chain needs to be promoted to ensure a robust supply chain.

Mr. Ramesh Nair, CEO, Adani Solar also stressed the need for a supportive policy framework. In his view, manufacturing tender, DCR requirements, PSU and rooftop schemes have helped in boosting demand for domestic module, but this demand needs to be sustained for a long time to attract more investment into the sector. He also highlighted the support provided to manufacturing units in China by way of land, infrastructure facilities, lower input costs and low-cost loans.

Mr. Saibaba Vutukuri, CEO, Vikram Solar mentioned the need for sustained R&D support for building  domestic expertise. He stated that solar manufacturing needs to be prioritised as a strategic sector and given a strong push by the government. He also stated that a 5-year duty implementation with adequate clarity on policy would help setting up of new manufacturing capacity.

Mr. Ranjit Gupta, CEO, Azure Power – the only pure-play developer present in the webinar – expressed his strong support for domestic manufacturing. He stated that unsustainably low tariffs demanded by DISCOMs contribute to reliance on cheap imports. He believes that increase in tariffs and impact on power demand would not be detrimental if import duties are levied across the board.

All speakers stressed on the need for a stable, clear policy regime to boost domestic manufacturing. Other priorities include demand visibility, R&D, export incentives and backward integration.