BRIDGE TO INDIA hosted a webinar on 30 March 2020 to discuss impact of COVID-19 on the renewable sector in India. Speakers from a cross-section of players from the industry discussed impact on equipment supply chain and projects under construction (an estimated 10 GW where on-site activity is currently under progress) as well as operations (about 75 GW of wind and solar projects) and implications for the entire industry value chain. 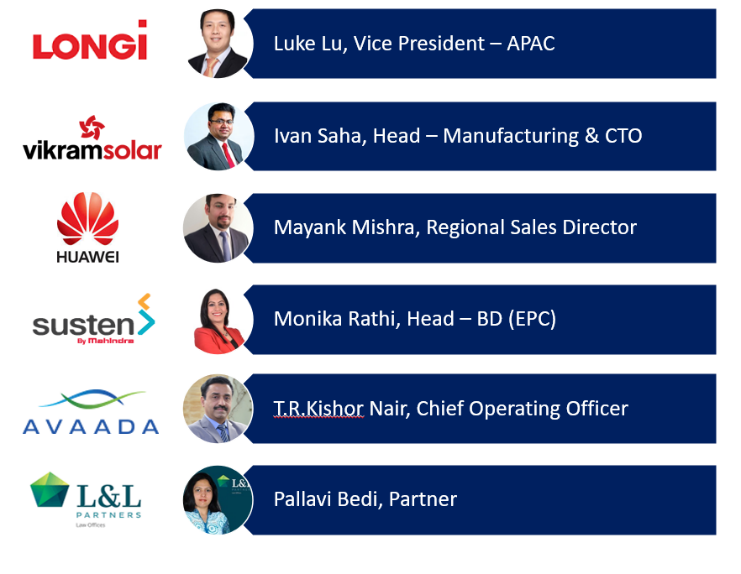 Luke Lu, VP-APAC region, LONGi mentioned that their factories in China have already been running at 80-90% capacity utilisation since around mid-March with 100% utilisation expected to be reached shortly. He reported ongoing dialogue with Indian developers with no reported cases of order postponement, delays or cancellations. LONGi is optimistic that global demand would recover in a few months with minimal impact on module prices.

Ivan Saha, Head-Manufacturing & CTO, Vikram Solar stated that domestic manufacturers have been dealing with the situation for 3 months now. Because of normal stockpiling before the Chinese New Year, operations were relatively unaffected until February. But manufacturing has been affected severely from mid-March onwards. He expressed fears that the lockdown and subsequent disruption in flows of material and labour may result in Q2 being severely affected. He expects smaller EPC players and developers to be hit hardest due to payment delays and cost increases. Export markets in the US and EU have also seen a collapse in demand. He expects a module price contraction if the situation persists. His other main point was about INR depreciation, 5-7% in the last few months, adversely affecting viability of projects under construction.

Mayank Mishra from Huawei mentioned that as renewable projects have been allowed to operate normally, they have been able to perform all service and operational activities due to presence of on-site engineers and improved remote diagnostic abilities. He was unsure about impact on their annual target of 3 GW supply for the Indian market as developers seek timeline extension.

Monika Rathi from Mahindra Susten spoke about suspension in all construction activities since last week of March. She mentioned that majority of on-site labour has migrated back to their villages and re-mobilizing it may be a challenging task even after the lockdown is lifted. She further expressed concerns that construction activity may not pick up until after August due to monsoons. Meanwhile, manufacturers across the supply chain, forced to shut down factories, have issued Force Majeure notices to their clients. 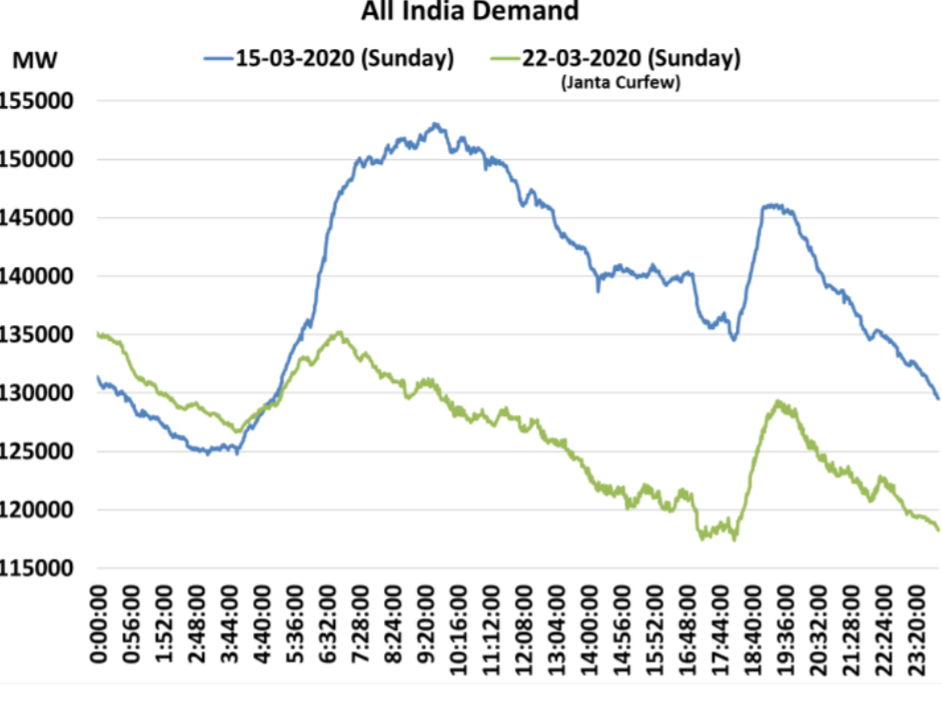 Kishore Nair, COO of Avaada stated that low power demand is the biggest threat to the sector currently. There has been a 25% reduction in demand as industrial and commercial complexes are shut down. Their projects have been running as normal and they have not seen any material problems with evacuation yet as renewable energy enjoys must-run status. But he expressed fears that if demand stays depressed for an extended period of time, it could lead to higher renegotiation and payment delay risk. He also agreed with Monika that even if the lockdown is lifted shortly, projects would need 4-6 months extra for completion due to monsoons and non-availability of labour force. Finally, he stated that passing of interest rate cuts and working capital relaxation norms by banks, as per RBI announcement, would help developers tide over the situation.

Pallavi Bedi, Partner at L&L Partners clarified that despite differences in definition of Force Majeure across PPAs, the current situation would still likely be classified as such particularly because of MNRE guidance. PPAs with tariff reduction in case of non-commissioning by July 2020 also need appropriate relief. Proactive notices to the authorities within a reasonable timeline is key to claiming relief. She also stated that it would be difficult for any party to claim relief from payment obligations in the current circumstances. 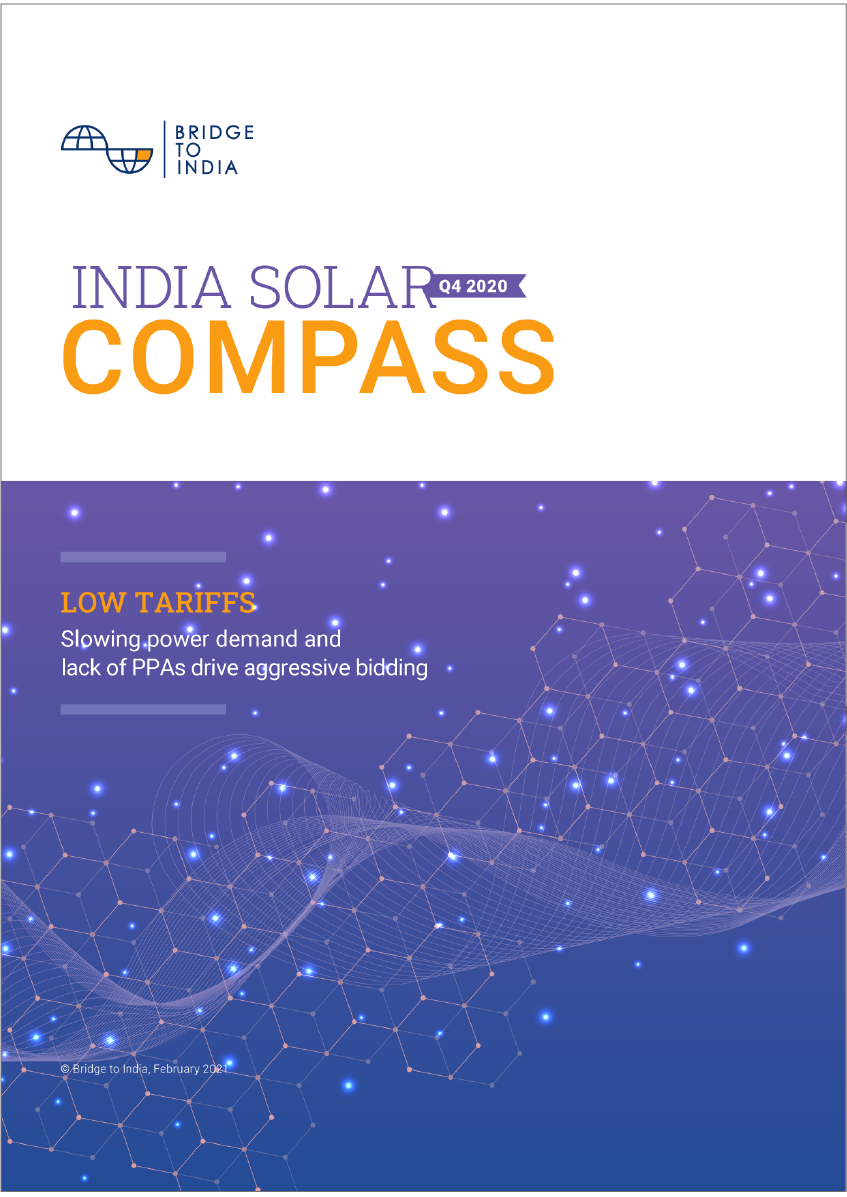 Coronavirus-induced hardships persisted in Q4 2020, pulling installation numbers down. Solar capacity addition in 2020 was at a five-year low. 1,298 M...

Coronavirus-induced hardships persisted in Q4 2020, pulling installation numbers down. Solar capacity addition in 2020 was at a five-year low. 1,298 M